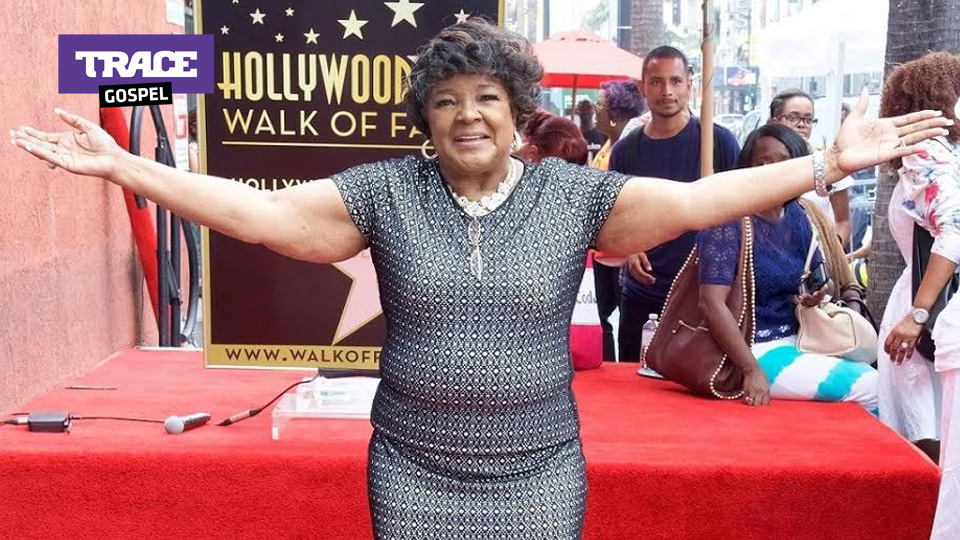 The Reigning Queen of Gospel, Shirley Caesar was honored in a jubilant celebration in Hollywood on Tuesday June 28th, as her trailblazing music career was recognized with a star on the Hollywood Walk of Fame.  Honored in the category of Recording, Shirley Caesar’s star was unveiled in front of the Fonda Theatre on Hollywood Boulevard, with Pastor Caesar joined by world-renowned artists Yolanda Adams and Kirk Franklin as guest speakers, and Hollywood Chamber of Commerce President/CEO Leron Gubler as the emcee, who also declared it “Shirley Caesar Day” in Hollywood during the ceremony. 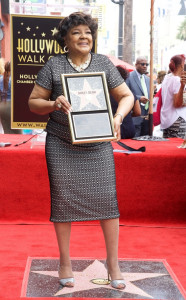 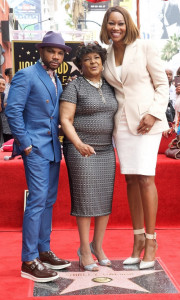 Sharing this momentous occasion before a packed crowd of family, friends, peers and fans, the Gospel Hall of Fame icon and newly-minted Hollywood Walk of Fame star recipient took the stage, giving an inspiring, energetic and humorous speech.  Providing powerful words of encouragement that remain a hallmark of her longtime worldwide music ministry, with joyful gratitude Pastor Caesar declared: “I honor the Lord for this wonderful privilege….I feel as if I’m in a beautiful fairytale. Who wouldn’t serve a God like this? One who keeps blessing and showing you that your latter can be greater than your former. Been through the storm and the rain, but it’s alright, it’s ok. I made it!”

Marking her 50th anniversary as a solo artist in a music career spanning over 60 years and over 40 albums, Caesar continues to hit the road with her new hit album FILL THIS HOUSE, including TV performances on “Good Day LA” and “Tavis Smiley” on PBS, as well as preaching at home church Mt. Calvary Word of Faith Church in Raleigh, NC.  Released on June 3rd, FILL THIS HOUSE spent two consecutive weeks at #1 on Billboard’s Top Gospel Albums chart upon its debut, garnering critical acclaim in 11 tracks delivering hope, unifying love and impactful ministry on songs such as “It’s Alright, It’s Ok” (feat. Anthony Hamilton), “Mother Emanuel,” “Prayer Changes Things,” and more. 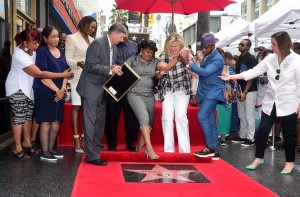