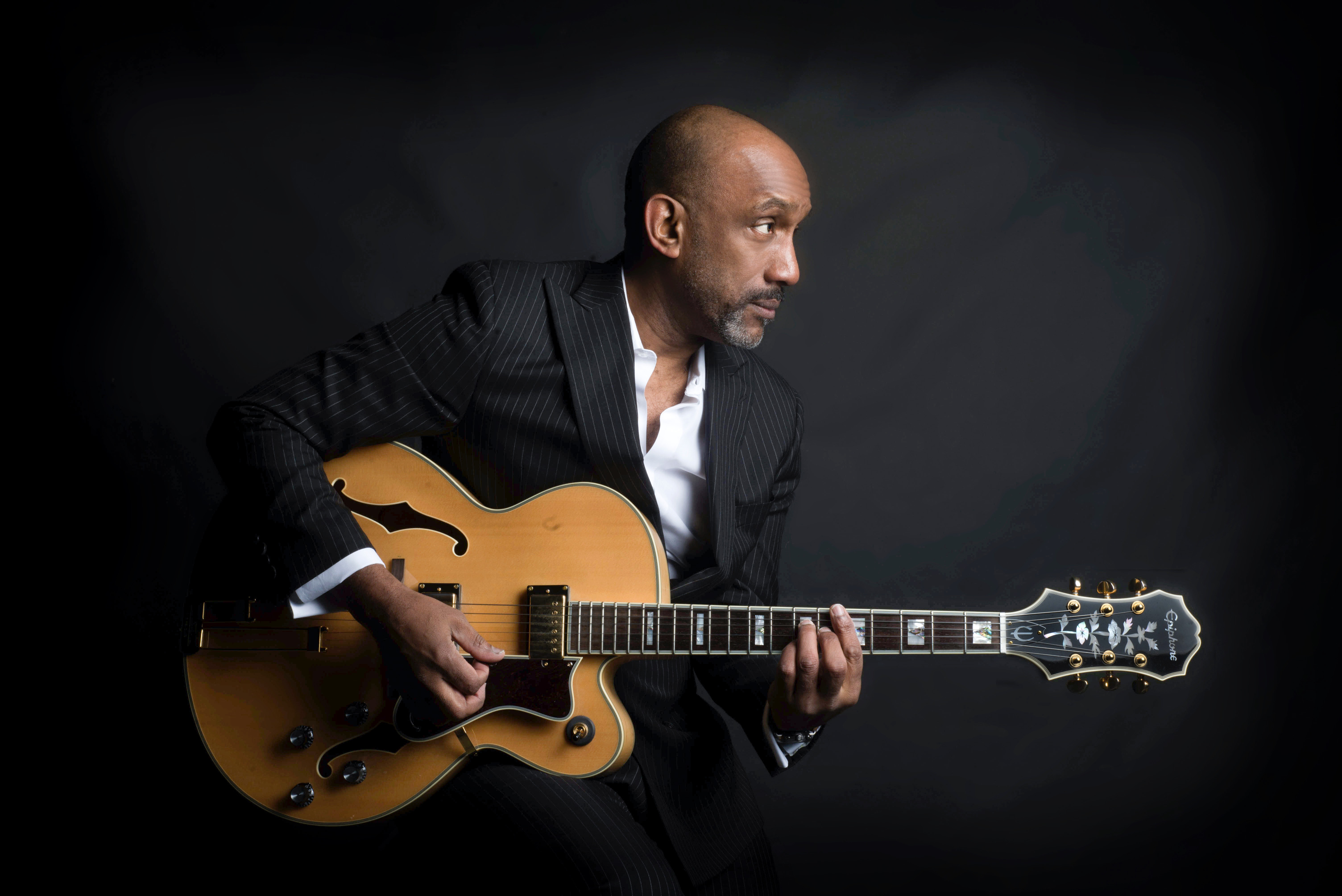 Renowned, chart-topping guitarist Tim Bowman has a way of making melding smooth jazz, gospel, soul and blues seem effortless as evidenced throughout his more than 30 years in music, including his 2017, seventh studio album, Into the Blue, on I.M. Records / Purpose Jazz. The Detroit native, who grew up playing guitar in church, attended the College of Creative Studies, and served as the musical director for gospel luminaries the Winans before embarking on his solo career in 1987, continues to carve a niche for himself.

“I like the romantic music, the more bluesy styles, the smooth grooves,” Bowman says, “but what I wanted to do on this album is put all of those on one record, have something for everybody.”

Bowman succeeds in his mission and has scored his fifth No.1 single with “City Lights,” Into the Blue’s debut single, a feel good, smooth jazz instrumental that showcases his intricate strumming technique. The set also includes other smooth jazz standouts, “Seaside Drive,” originally released in 2013, and a soulful cover of Charlie Wilson’s Grammy-nominated single “You Are.”

“Amazing Grace Party,” featuring Jonathan DuBose Jr. and Tim Bowman Jr., is another favorite. While there have been multitudes of varying renditions of Christian hymn “Amazing Grace,” first published in 1779, Bowman’s blues-meets-funk version is truly a uniquely, infectious production that segues into the Negro spiritual “Wade in the Water” before transforming into a full on contemporary gospel jam session. Bowman was determined to bring his vision of the song to life. After recording the other tracks, he called upon his traveling band to help him complete the song. “We went into the studio and three hours later, we had it,” he explains.

Tim Bowman Jr.’s vocals on “Amazing Grace Party” fell into place more easily. “He’s just a versatile singer,” Bowman says of his son, who completed his recordings while visiting his house. “I told him, ‘You need to go down to the studio and listen to the song,’” Bowman recalls. “Forty-five minutes later, he called me and that’s what he had.” 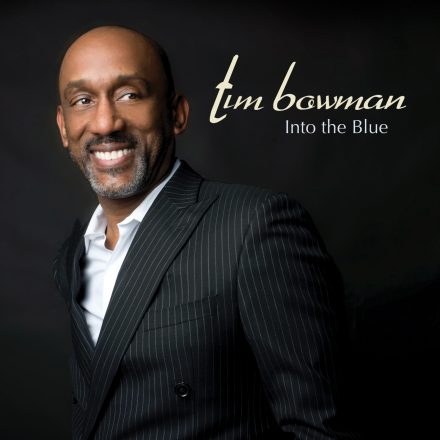 Conceptually, the album’s biggest takeaway is the reoccurring theme of affection captured throughout the collection in the prominent use of the spanish guitar and endearing ballads sung by perfectly suited featured vocalists Stokley (“All I Need is Love”) and Angela Johnson (“My Heart To You”).

“All I Need is Love,” in particular, is a captivating, love song very personal to Bowman. “I wanted to have a song that says how I feel about my life and my wife,” he says. “I just wanted to tell the story about what really matters. To me, it’s not about being rich or poor, successful or not. The bottom line is love.” Bowman’s spanish guitar was an obvious choice for the ballads. “When I pick up that nylon string guitar, the first thing that comes to mind is romance,” he adds, citing his performance on Into the Blue songs “Tan Hermosa (So Beautiful)” and “Love Forever More.” “It’s just more of a melodic, romantic instrument to me because of the tone of it.”

Bowman has been an astute student of music since childhood. He began playing the guitar at 11 years old at Michigan’s International Gospel Center. At 18, he won a two year scholarship to the College of Creatives Studies where learned jazz theory. Years after his sister Vickie married into the Winans family, Bowman was invited to join the group during a concert, resulting in him becoming a member of the band and eventually the music director.

Following his desire to pursue a solo career, Bowman left the Winans in 1987 and released his debut album, Love, Joy, Peace, in 1996, on Diamante, reaching No. 19 on the Gavin Smooth Jazz chart and No. 2 on Radio & Record Magazine’s album chart. He released two more critically-acclaimed albums on Diamante, 1998’s Paradise and 2000’s Smile. In 2004, he experienced a breakthrough with his fourth album, This Is What I Hear, on Liquid 8 Records. His song “Summer Groove” earned him his first No. 1 record and made him a smooth jazz all-star. By 2007, he secured a spot on the “Guitars and Saxes Tour” alongside Jeff Golub, Gerald Albright and Kirk Whalum.

The Collection, a compilation of some of Bowman’s best work, debuted in 2010 and featured three new songs. “Let It Shine” marked his third No. 1 song, topping the Billboard Smooth Jazz Singles chart. “Seaside Drive,” which appears on Into the Blue, became Bowman’s fourth No. 1 song in 2013.

While Bowman is grateful for his accomplishments, he says his goal has always been to create music that genuinely connects with people. “I’ve always tried to make music that people could get lost into,” he says. “I wanted to take a ride and tell a story and hope every melody is a melody that they can take home and whistle, something that grabs them and doesn’t let them go.”

Over the course of his 20-plus years as a solo artist, Bowman continues to accomplish this feat again and again. There’s surely more to come.